What in the world is going on with Jacob?

The title of this blog post is to answer the question I get quite a bit about Jacob.  Sometimes, it is in an exasperated way and sometimes it is in a bemused way as Jacob does something hilariously strange.

It is also the question I ask myself multiple times every day as I try to sort out his life, his epilepsy, his attention problems, his social difficulties, and his trouble at school.

Making sure that all of the above is handled in a good way is more than a full time job.

I haven’t said a lot in this format lately because I haven’t had a good answer to the question of what is going on with Jacob.

Jacob has been declared seizure free, yet he still continues to have seizures.

We had one of the worst experiences in a hospital this past July when his doctor did a 48 hour EEG to get a better picture of what is happening with his epilepsy.  I don’t need to relive all of that, but I may post about it sometime later.  Let me just say that it drove me to tears AND it made my mom cry, which is difficult to do since she is a tough cookie!

Jacob started Second Grade in August and has the best teacher we could have asked for.  However, we have gone through two para professionals since First Grade.  Jake is a difficult child at school and while I don’t blame them for leaving, it is hard to have to start all over with a new para.  I think we also struck gold with his new para who is a man and seems to combine all of the best qualities of both Greg and myself when working with our guy.  I am very pleased with the professionals in Jacob’s school life.  I have worked my tail off to build solid relationships with the people at school and I am starting to see the payoffs of two and a half years of work.  I gave his teacher a bottle of Wild Thing wine with a note that said, “Because my wild thing is probably the reason you need to relax.”  She loved it!

To say that Jacob has a difficult time in school would be the understatement of the year.  That all deserves it’s own blog post which, again, I may do later.

After our bizarre time in the hospital,  I started looking for doctors.  Jacob was not getting the care he needed from his medical team.  I had many questions that were being ignored, largely due to an extended vacation that his primary neurologist needed to take.  I knew Jake had more problems than just epilepsy and I asked and asked for better care.  It never happened or I was told that we would talk about that later.

I have spent the last three months trying to find a new doctor for him, calling every one I could think of, asking for every referral possible, and was rejected because of our insurance more times than I cared to count.  I finally got approved to a medical center that has a wonderful reputation, but I never got the call for an appointment.

If you have followed my “Jake is not impressed” pictures on my social media accounts, then you know what I mean when I say that “Jake’s mom hasn’t been impressed” for several months now.

It is funny how life can change on a dime.  Jake had an EEG a few weeks ago and I was contacted by the neurologist we were trying to leave with an appointment date last week.  Since I hadn’t had any luck getting him into the new medical center, I decided to give it one more try, thinking that I would at least have more info to take to the new doctors.

My attitude, which had been sarcastic at best, changed drastically when the doctor sat beside me and apologized for the mess of the last five months.  Not only did she apologize, but she said that we have been on her mind and heart for the last month.  She laid out a plan that checked off everything I wanted and then some.

I pray every day that Jake will get the help and attention he needs and I have no other explanation for this about face than God has been annoying the crap out of our neurologist and she decided to do something about it!

This is what is coming up for Jake:

That’s a lot of stuff and I will do better about keeping everyone updated on what in the world is going on with Jacob!

Happy New Year from our family and may it be a better year than 2016! 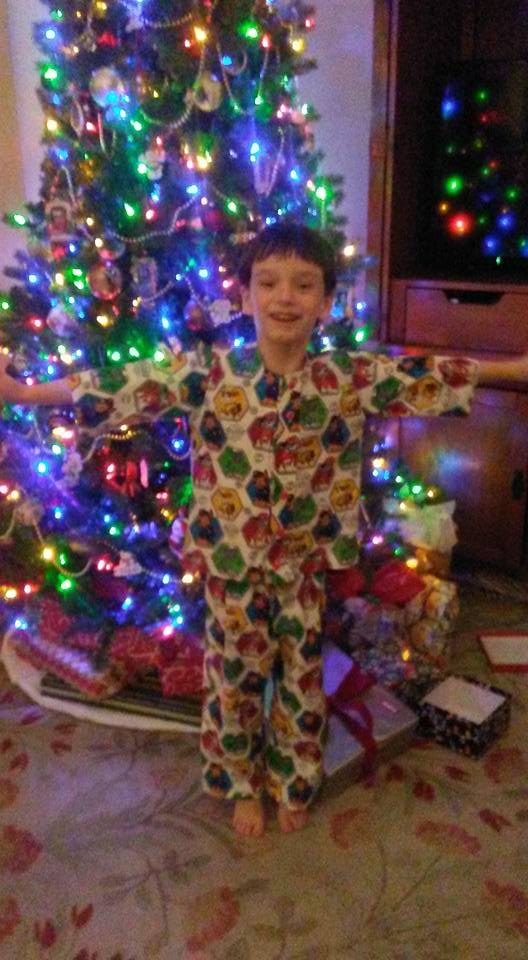 This entry was posted in Uncategorized. Bookmark the permalink.

7 Responses to What in the world is going on with Jacob?